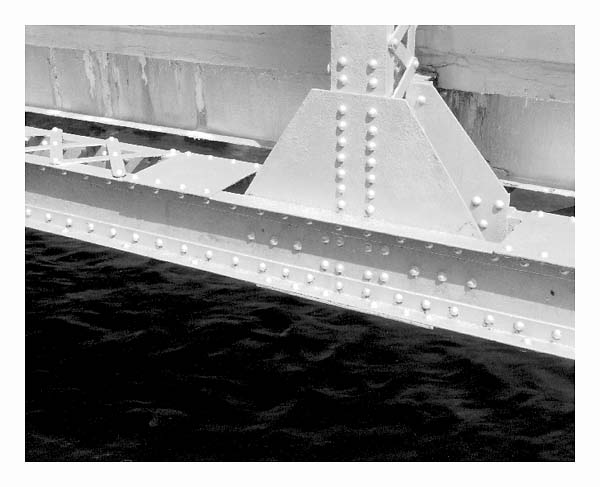 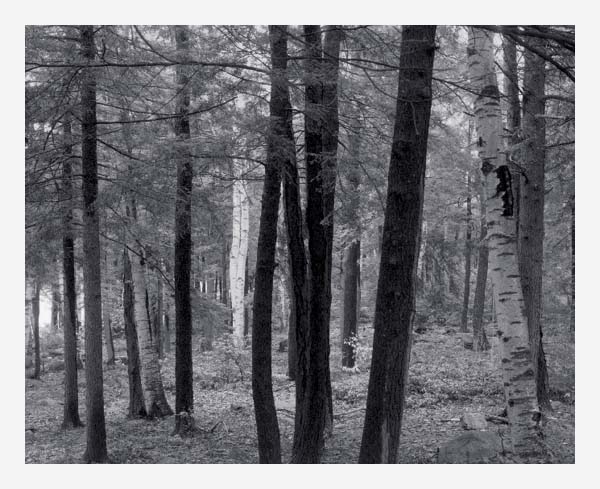 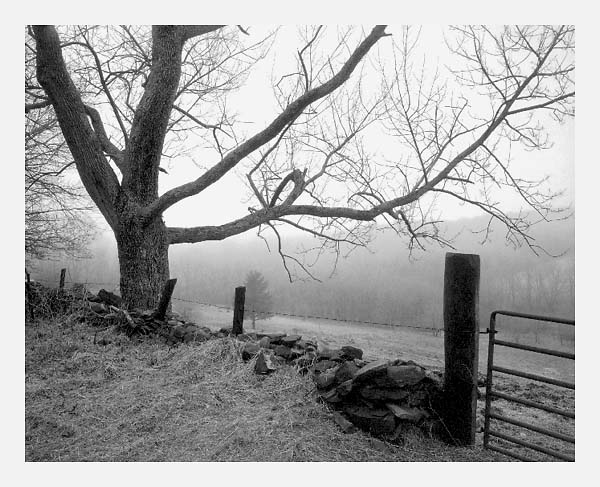 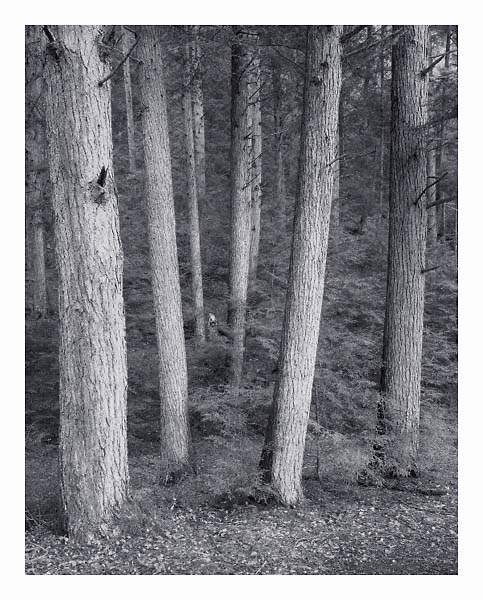 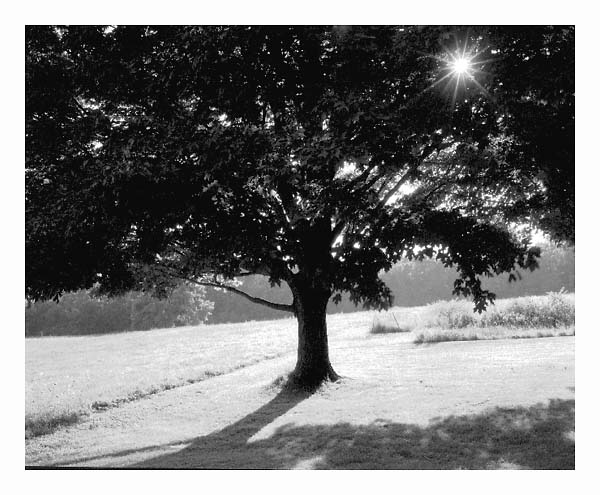 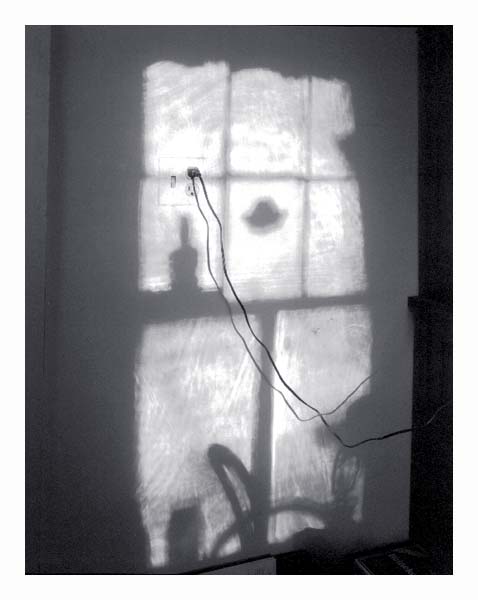 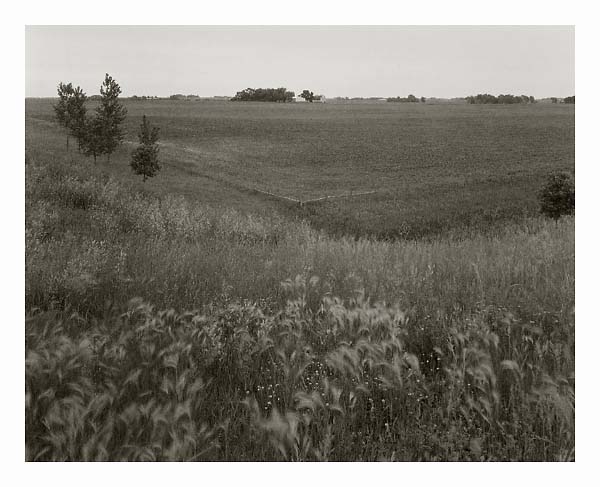 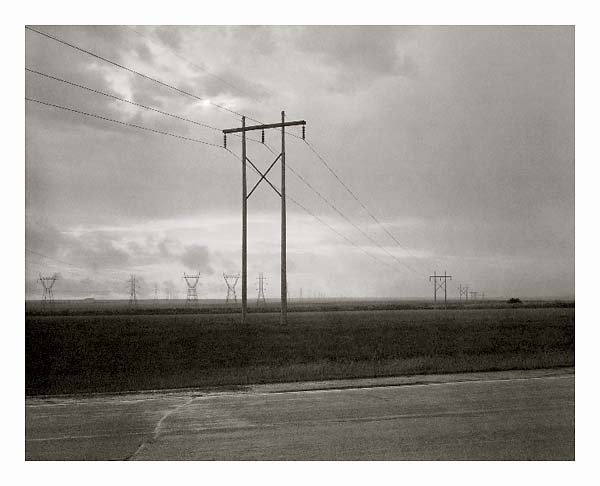 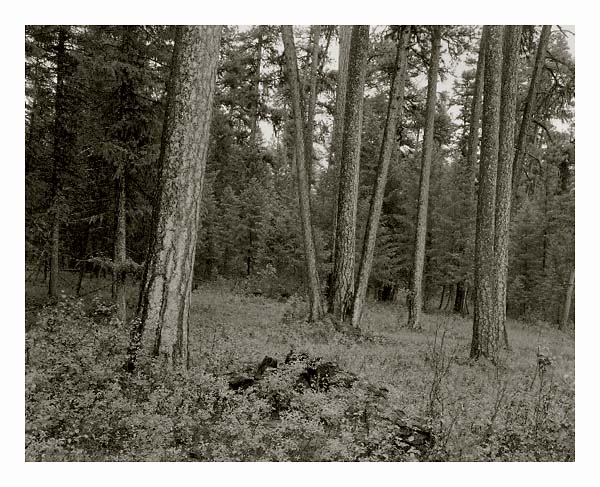 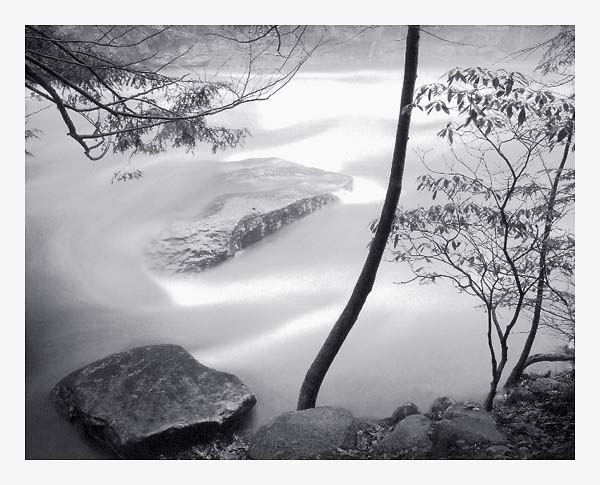 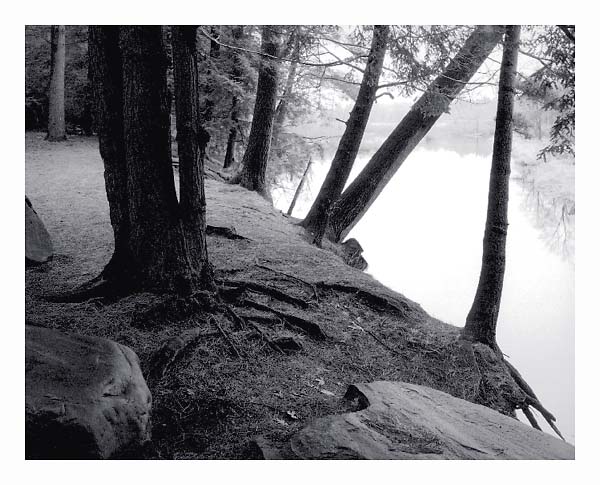 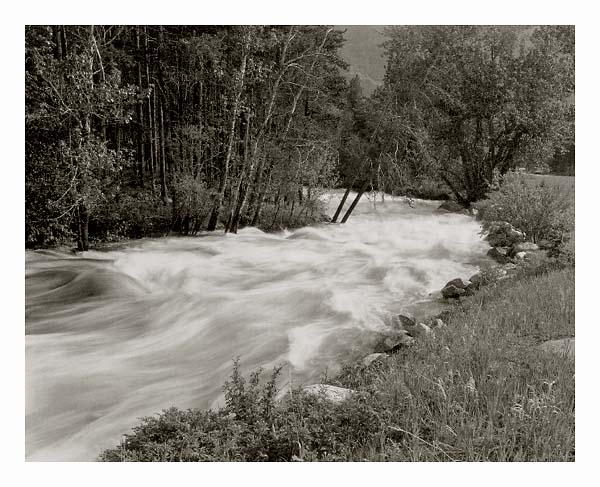 In the late 90s and early 2000s almost all of my work was done as large (and ultra-large) format photographs printed by contact, mainly using hand-coated platinum/palladium papers. I did some of this work in the American West and began several different Western picture series, but most of my work in this period deals with the landscape of the Eastern United States. I think the heavily wooded hills of New England and the seacoast and salt marshes of the Mid-Atlantic states have been somewhat neglected by photographers in favor of starker and more ruggedly dramatic Western terrain. This online gallery concentrates on recent New England studies, with a couple hints of western series under way. The long, smooth tonal scale and wide range of monchome color offered by platinum printing seem ideally suited to these highly detailed 8x10 inch pictures. In fact I began working in the platinum process primarily to answer disappointment I had with traditional silver prints made from New England subject matter. CW