A Modern Ghost Town in the Pennsylvania Coal Country

In 1961, near Centralia, Pennsylvania, a trash fire in an abandoned open pit mine spread to an exposed coal seam. Forty years later the underground fire is still burning and the towns of Centralia and Byrnsville have all but disappeared. It's estimated that forty million dollars have been spent on relocation of the population and unsuccessful fire control efforts. Byrnsville is completely gone, without a single building still standing. In Centralia, fewer than a dozens buildings remain where 1,200 residents once lived. The holdouts, citizens who have refused to leave, don't believe the evacuation and destruction of the towns was necessary or justified. But steam and hot gases from the fire still vent continuously from the hillside at the south end of town and a smell of burning pervades the air on most days. Areas south of the town center, including a section of state highway, have subsided into the ground where the fire has eaten away the supporting coal beneath. The effect is similar to a slow-motion earthquake. The majority of residents accepted government financed relocation to escape the perceived dangers of environmental pollution and ground subsidence. Many stayed as close as possible, settling in neighboring towns. 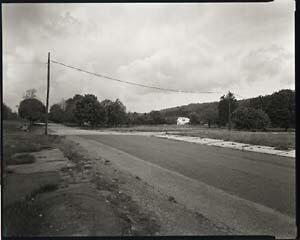 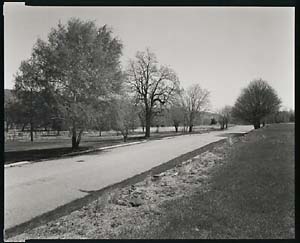 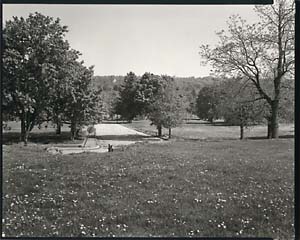 The underground coal fire is near, but not exactly under, Centralia. Directly below the town center is a vein of valuable anthracite ("hard" high-energy) coal. Some think that when the last residents are gone the way will be clear for a coal company to mine the vein of anthracite without paying anyone for mineral rights. Social controversy complicates the clear misfortune that has created a modern ghost town. There is also concern that unless some way is found to contain it, the underground fire could eventually threaten the much larger community of Ashland, just two miles away.

After a rain, gas vents release bilows of steam south of Park Street 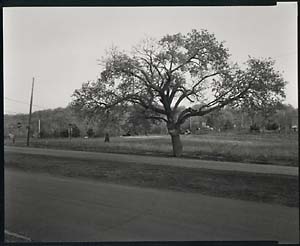 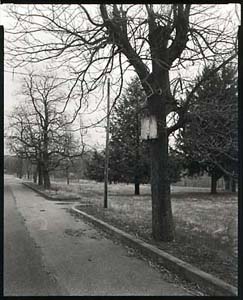 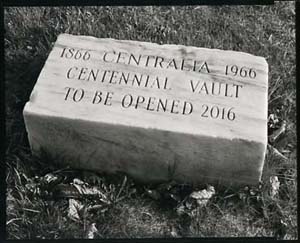 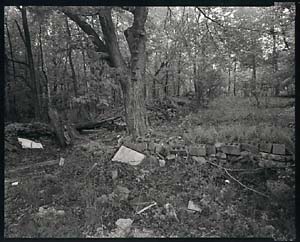 This area of east-central Pennsylvania is hilly and heavily wooded. Evidence of coal mining activity is everywhere, but Centralia clearly was a bucolic small town with compact neighborhoods of the long row houses typical of the region. These deserted neighborhoods are haunting. Streets and sidewalks are still obvious, though overgrown and broken. Where the houses are gone, traces remain of the former neighborhoods: the shape of a foundation hollowed in the ground here, paving for a carport there, spring flowers still blooming on either side of a long-gone doorstep. Utility poles are still standing, but with regularly spaced twists of cut off phone and power wires that used to run to individual houses. The remaining houses are eerily tall and attenuated because they are in fact single row house units with the rest of the row stripped away. Buttressing has been added to replace the structural support originally provided by the row design. It's hard to resist personifying these lonely buildings. 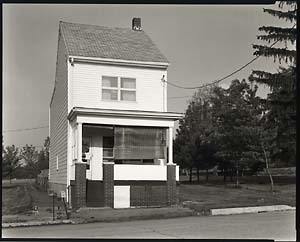 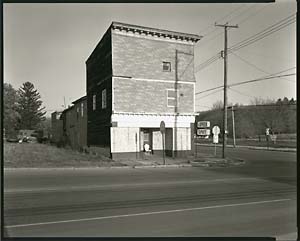 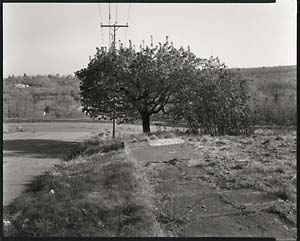